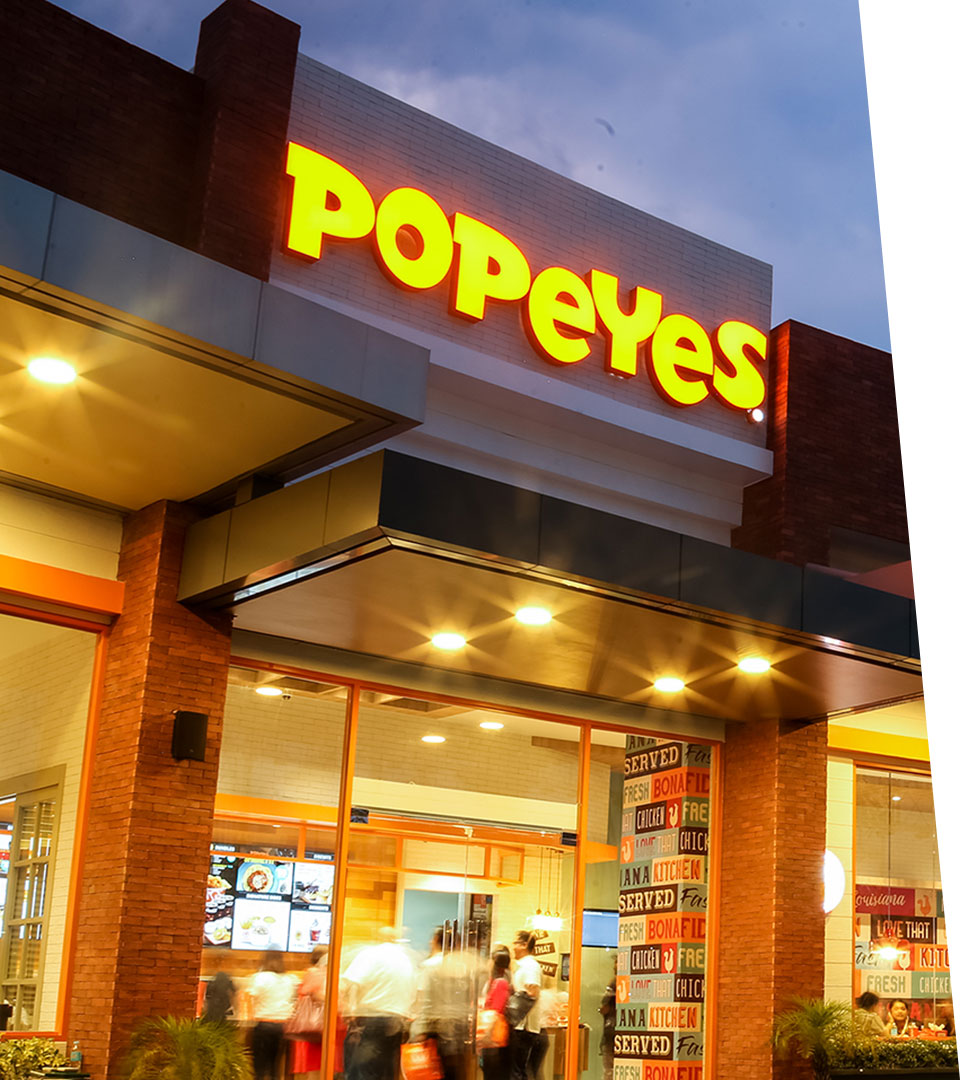 Fifty years ago in New Orleans, Louisiana, a taste sensation was born. What began with one small restaurant and one big idea turned into a craze that swept the nation and the world.

It all started when Alvin C. Copeland Sr. opened “Chicken Run” in the New Orleans suburb of Arabi, serving traditional Southern-Fried Chicken. After several months of lackluster performance, he reopens the restaurant as “Popeyes” named after the famous character “Popeye Doyle” in The French Connection movie.

Fast forward to 2019, America’s favorite chicken chain, Popeyes, officially opens its first restaurant at ArcoVia City, in Pasig, Philippines. With this launch, diners can now get a taste of the much talked-about signature fried chicken that’s juicy, not greasy, made fresh daily and is packed with Cajun-inspired flavors from Louisiana, USA. Also on the original menu are Popeye’s classics such as honey biscuits, Cajun fries, Cajun rice, and chicken tenders.

Popeyes serves chicken dishes in mild and spicy flavors and offers sides such as Cajun fries, mashed potatoes with Cajun-style gravy, Cajun rice and biscuits. In addition to our fried chicken line, Popeyes also serves an array of sandwiches such as shrimp and Fish burgers, The famed US Spicy Chicken sandwich and Chicken French quarter sandwich.

Taking the Popeyes experience up a notch are homegrown offerings - white chocolate and hazelnut biscuits - two delightful flavors which is best paired with your fried chicken or can be served as perfect ending to a sumptuous meal. Popeyes Spaghetti - a sweet, meaty meal that’s developed right here for the Filipinos. 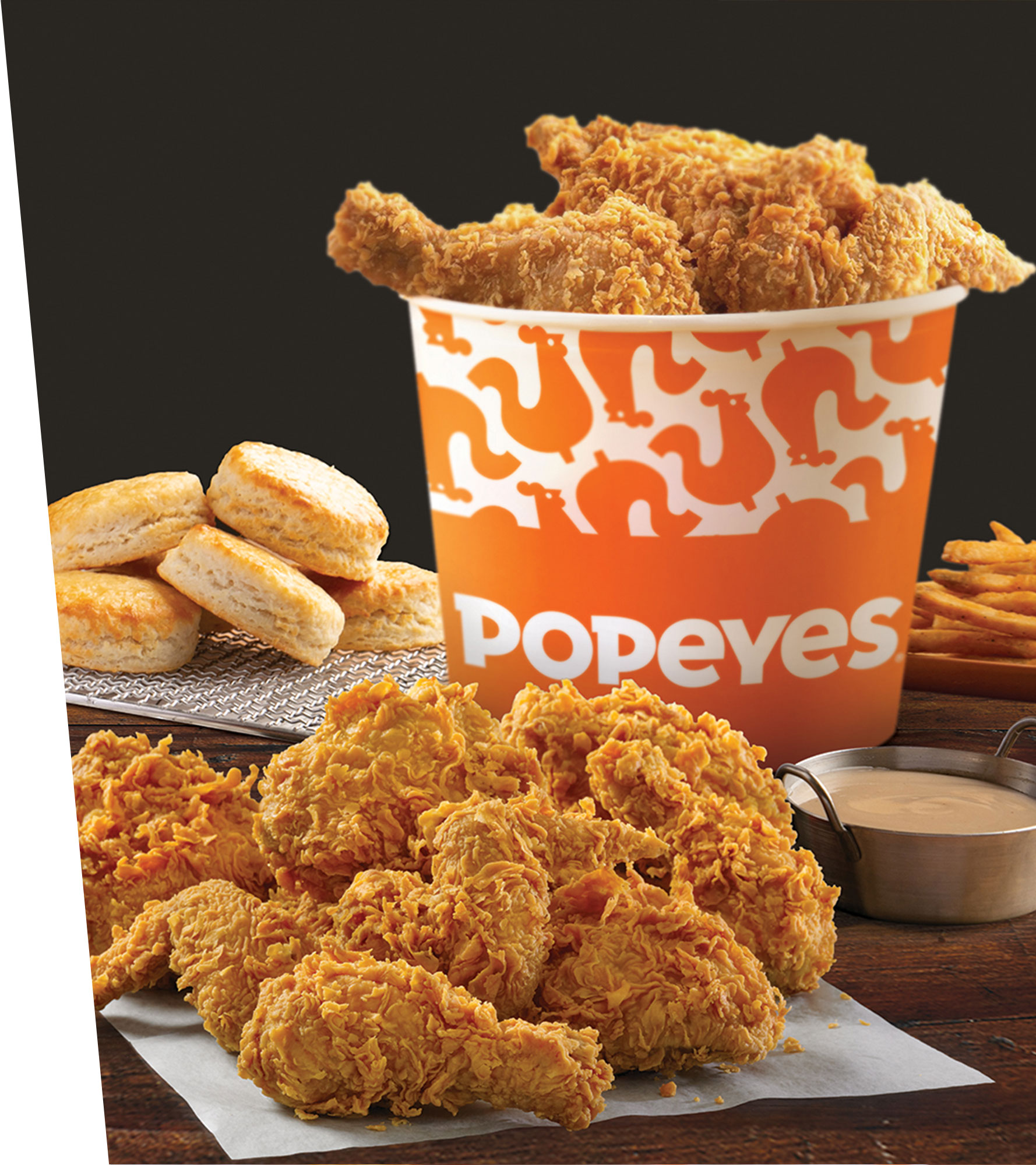 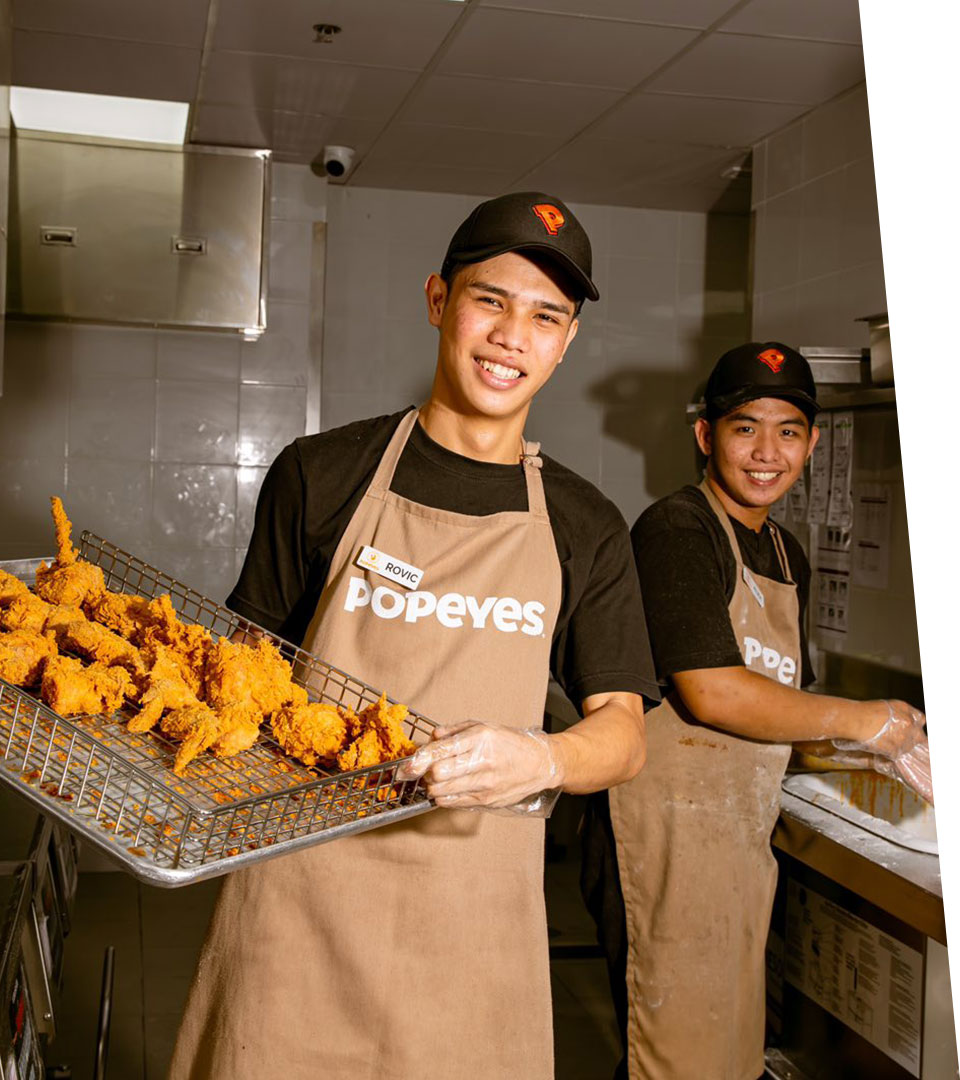 Our employees are the lifeblood of the company, it is they who runs the business day in and day out. That is why we treat our employees the same way we want them to treat our guests. We understand that our people are an essential element to ensuring our valued customers consistently enjoy the Popeyes experience. We take the time to train our team so they learn and have transferrable skills - so that every Popeyes experience is enjoyable and unforgettable.

Every Popeyes store is designed to be a memorable place of fun, laughter and of course awesome food. With an identity taking inspiration from the Mardi gras parties on the streets of New Orleans, Popeyes with its bright interiors featuring orange and vibrant color sensation of the NOLA wall provide airy spaces and an invigorating feel. Colorful paintings and messages adorn the walls that entices a second look and selfie-ops for all. 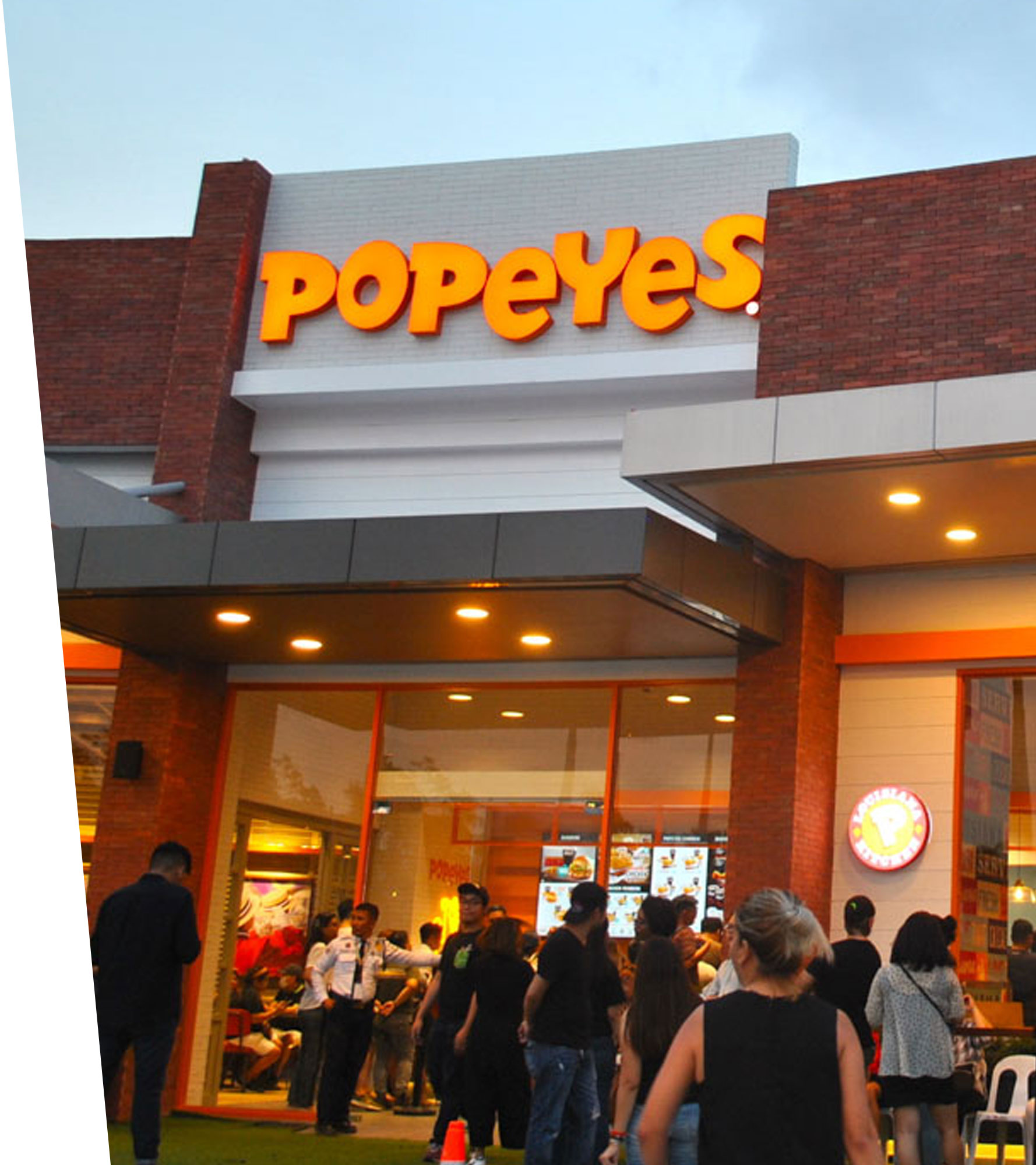 FIND A POPEYES NEAR YOU. 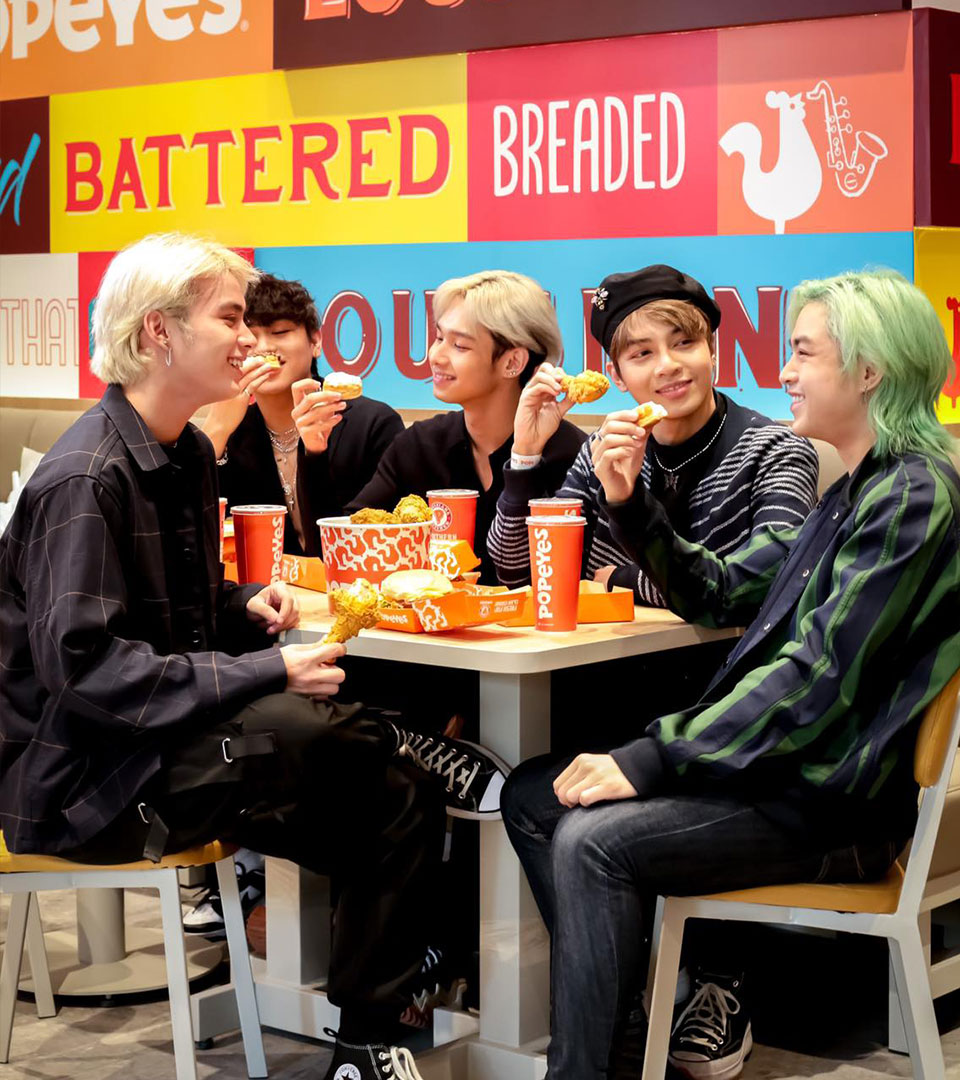